Get fresh music recommendations delivered to your inbox every Friday.
We've updated our Terms of Use. You can review the changes here.

The Colossal Tunes Out 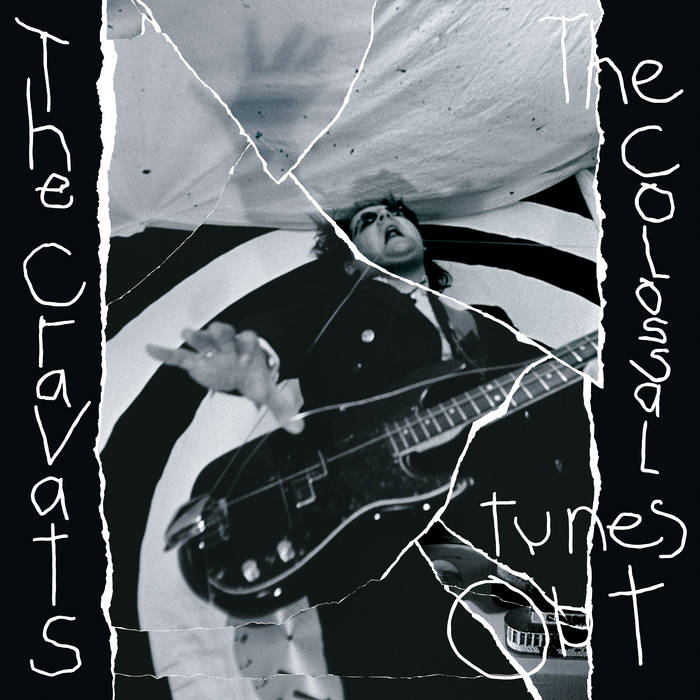 What happened in February 1983 then?

Played to pieces by Peel and hugging the indie chart’s midriff for a good few weeks, every track on ‘Colossal’ is indeed ruddy enormous.

Like everything by these dada-dealing daddios the music is a highly calculated cacophony of pounding drums, behemoth bass and fraught guitars all drenched in sonically deranged saxophone while the songs are surreal stories sheathed in the scenery of their small town English home.

The whole beast is a kind of all you can eat aural entertainment buffet featuring 13 of the band’s best bites of the bizarre.

From the frantic psycho surfabilly opener, Off The Beach to the ferocious hornets-in-a-holdall drone of I Am The Dreg, The Cravats employed their entire toolbox of toys when putting this doozy together.

Apart from newly recorded tracks, There Is No International Rescue, Fireman, Terminus, The Station, Icecubists, Daddy’s Shoes and Working Down Underground you got And The Sun Shone, You’re Driving Me and I Am The Dreg (the version of Off The Beach on here was recorded on a mobile studio positioned in a pig pen next to their practice room down on the farm in Worcestershire. It’s noisier and more unkempt than the Small Wonder single release).

Plus there’s the ‘hit’ single (well, It sold more than anything else they ever did!) Rub Me Out and When Will We Fall, forged by High Priest of Punk, Penny Rimbaud with the aid of Southern Studios sound guru, John Loder which was fired out of the Crass Records canon in 1982.

The original Colossal Tunes Out LP certainly deserves its legendary status and hefty price tag on the rare record resell circuit. It’s good news that Overground Records are putting these tunes out again and it’s great news that they still sound colossal!

Physical copies are available from Overground Records for £12.99 here: overgroundrecords.co.uk/product/colossal-tunes-out/

Formed in Redditch, Worcestershire in 1977 . . . Bah, the band's history is well documented elsewhere on the internet if you want to know more . . . we're still here.

Bandcamp Daily  your guide to the world of Bandcamp